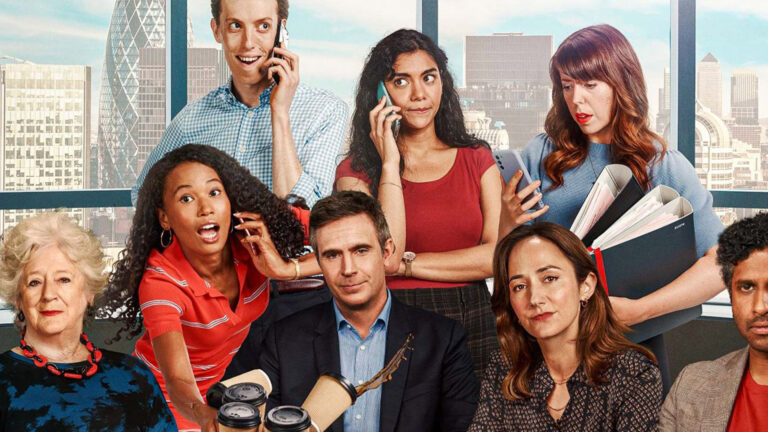 Amazon and Sundance Now have dropped the first UK and U.S. trailers for Ten Percent, the British remake of hit French comedy Call My Agent! in what looks to be a fairly faithful and quite fun adaptation. Amazon, which has UK rights, has set its launch date for April 28, with all eight episodes available that day on Prime Video in the UK, Ireland and other select markets. Sundance Now and AMC+ will premiere the first two episodes on April 29 in the U.S., with the rest of the season following weekly. Check out the UK and U.S. trailers below:

From W1A’s John Morton, Bron Studios and Headline Pictures, Ten Percent follows the small London talent agency of Nightingale Hart as it struggles to adapt in an ever-changing industry.

After tragedy strikes the company, the personal and professional lives of the agents and assistants are thrown into turmoil. But their celebrity clients are in constant need of help, with issues ranging from marital problems to over-commitment to lingering method acting to stage fright. As the agents deal with the incessant demands of their jobs, they’ll also find themselves dealing with more off-screen drama than they ever expected.

Read the rest HERE on Deadline.com.

Chelsey Crisp on ‘Films To Be Buried With’ Podcast, with Brett Goldstein

Login to Chelsey Crisp
Reset Password
Enter the username or e-mail you used in your profile. A password reset link will be sent to you by email.
Chelsey Crisp